"I decided to return to education purely to make myself more employable in the UK market place. I chose Harper Adams for various reasons but the most important was the university’s good reputation and high employment rates." 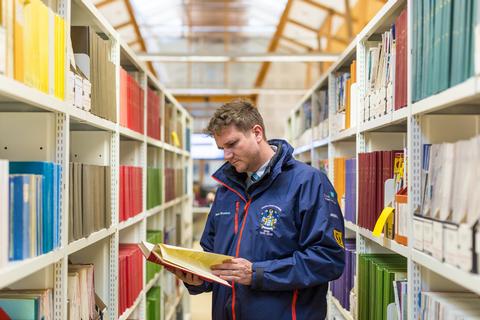 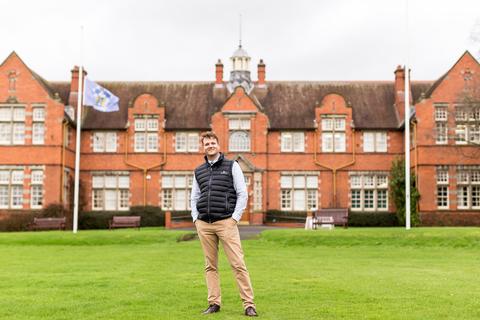 What do you do when the job you love becomes impossible to do? We talk about choosing our career path – but often life throws us curveballs, forcing us to make new choices that we might not have anticipated. How we deal with these crossroads in our lives can have a huge impact on our futures both in work and our personal lives, so it’s important to be flexible, resilient and to think clearly – all qualities we encourage our students to develop during their time at university.

Marc Strydom has been at that crossroads a few times – the latest of which brought him all the way from South Africa to Harper Adams, from hands-on farming to a degree in Rural Property Management. The career path that led him here has taken in a few diversions along the way, all of which have given Marc the tools to excel at university.

Born in South Africa, the 35-year-old enjoyed an active childhood, representing South Africa as a barefoot water skier, between the ages of 13 and 22 – despite breaking his back aged 16 after falling on a ramp: “I was told by my doctor that I should stop skiing but ignored him completely as I enjoyed the sport way too much. Our team won many internationals and we were amongst the top three in the world.” His injury did not hold him back at the time, although it was to have repercussions in later life.

Marc was working in London when he met his wife, Lynsey; the pair soon decided to return to Marc’s family business in Bloemfontein; a vacation resort and residential estate. “I was primarily in charge of running the estate’s rental properties handling any new contracts as well as renewals. Not long after we arrived a business opportunity presented itself where my brother and I purchased a packaging company, it was hard work to start but after a year it flourished and we were handling some large contracts throughout South Africa supplying all sorts of plastic packaging to various wholesalers.

“My wife thankfully helped more and more with the leisure resort as the packaging company became more successful. In the 3rd year I put forward an idea to the remaining trustees of the leisure estate to farm a portion of one of our small holdings; a 4 ha of arable land on which I started farming with Merino sheep and later as I negotiated agreements for the use of more land in the area; we started farming Lucerne.

“I soon realised that I loved farming and became increasingly interested in the meat and wool production of my flock trying to achieve as high a lambing percentage as possible, as well as fine wool for the market. The Lucerne picked up brilliantly and I found a market for the bales very easily in our area, most cuttings were sold out before it was even cut.”

Life couldn’t have been better – until the wear and tear of his skiing days forced Marc and his young family to completely rethink their lives. “In the 5th year of the business I unfortunately ruptured a cushion between my 4th and 5th vertebrae, down to an old water-skiing injury, while moving one of the pivot points in the lands. Little was I to know that this would be a key influence on my decision on what to study when applying for Harper Adams...

“After seven years of being back in South Africa Lynsey and I - purely on the basis of the future for our three children decided to return to the UK. I sold all my shares in the estate and the income from the sale helped to ensure that I had the funds to study and buy a house near Harper Adams.

“I decided to return to education purely to make myself more employable in the UK market place. I chose Harper Adams for various reasons but the most important was the university’s good reputation and high employment rates. I found the course manager, Simon Keeble, extremely helpful when we had our Skype interview and after a discussion we decided that the Rural Property Management course would benefit me most. The course is very relevant to the experience I gained in South Africa and it still has the rural aspect which I love.”

As a mature student Marc admits that returning to education takes strength of mind and being well organised but is worth the effort. “I must be honest, the transition was challenging to start off with, especially as I had not studied for almost 18 years but I slowly regained momentum as time progressed. My class mates made the transition a lot smoother - I must say they have accepted me as part of the group and that feels great.”

Having the support of your family, friends and the university can’t be underestimated, adds Marc. “I have always felt that most people can achieve anything as long as they have support and I have plenty. My wife and children through to my classmates all provide support in one way or other. I guess as a mature student I have various commitments that a young student will not have such as looking after three children all under the age of 8, so taking part in various festivities is difficult, especially when knowing that you must be up early getting them ready for school but I also think I have some advantages in that I have already learnt how to manage my time more efficiently.”

Marc sees the industrial placement period he’ll undertake during the third year of his degree as the next important step on his career journey, and which he’s determined to make the most of, developing as many new skills and contacts as he can. “I’d like to find a company that is involved in many facets within my industry; this will hopefully assist me in making the right decision in which area I would like to pursue within my career. After I qualify I might consider starting up my own business or pursue a career in the housing sector (Investment) or possibly concentrate on rural valuation or utilities which, so far I find very interesting.” And in his spare time? “I would love to start some sort of pedigree flock of sheep again as I do often miss my sheep!”

If you are thinking of a change of career and feel higher education may be the best route to a new life, why not call us for some advice.