"it was made clear to me that it was my combination of academic ability, subject knowledge and practical skills that had earned me the post – all of which I developed at Harper Adams." 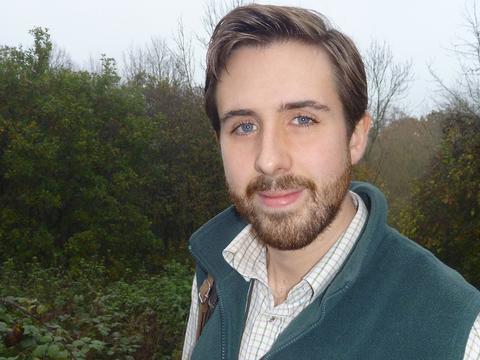 You could... teach the next generation

Liam Stokes is a lecturer and curriculum manager at Wiltshire College. He graduated with BSc (Hons) Countryside and Environmental Management in 2009.

Liam Stokes quickly realised life in the city was not for him and soon found himself leaving the bright lights of London behind to return to his roots – the countryside.

Having always been a ‘country lad’ by his own admission, the 28-year-old came to the conclusion studying history in the capital was not for him and took a year out to contemplate his future. And in September 2005 he found himself starting a BSc (Hons) Countryside and Environmental Management degree at Harper Adams University.

“I had always been a country lad interested in fishing and hunting so a career in the countryside was very appealing. My stepfather and his father had both been to Harper Adams and had nothing but good things to say about their experiences, so it was naturally my first port of call.

“I wasn’t entirely sure what I wanted to do in the long-term, so the multidisciplinary nature of the Countryside and Environmental Management programme appealed as it would allow me to form and develop my own interests.”

Liam, who is originally from Staffordshire but now lives Wiltshire, says the best thing about the course was the variety of subjects covered, enabling him to develop a sound overview of every aspect of countryside management. But he says his year in placement proved invaluable and left him with skills and knowledge which he constantly draws on in his new career as a lecturer at Wiltshire College.

“I spent my placement at the Game & Wildlife Conservation Trust working as a Research Assistant in the Upland Research Department. I was based in Upper Teesdale working on the grouse moors of the Raby Estate where I accrued a huge range of skills, both practical and academic.

“I was involved in research, working alongside some of the top ecologists in the country, while also assisting with grouse moor management with the gamekeepers. I caught and translocated black grouse, radio tracked birds across the Pennines, assisted with gritting and pest control and took the lead on my own research project linking stoat and weasel predation to black grouse breeding success, which formed the cornerstone of my dissertation.”

Since graduating Liam has been lecturing in Game and Wildlife Management and is now Wiltshire College’s Curriculum Manager for Agriculture and Countryside Management.

“When I was first offered the job at the college it was made clear to me that it was my combination of academic ability, subject knowledge and practical skills that had earned me the post – all of which I developed at Harper Adams. The university has such a well-established name in the rural industries.”

Liam is a Nuffield Scholar 2013. NUFFIELD is an organisation that awards individuals with life changing opportunities that span their personal and professional lives, with a view to developing agricultural sector leaders and innovators of the future. It has funding available to sponsor overseas travel and assist with a period of study, and is always looking to attract new candidates.

You are eligible to apply for a UK Nuffield Farming Scholarship if you meet the following criteria:

Liam says of his scholarship: “I have been to Canada and Ireland so far, I am visiting the US and Australia before the end of the year and next year I am visiting colleges and universities in India, Poland, the Czech Republic and Germany. It has been an amazing experience so far.”