"If it wasn't for Harper Adams I wouldn't be where I am now. Placement was the best!" 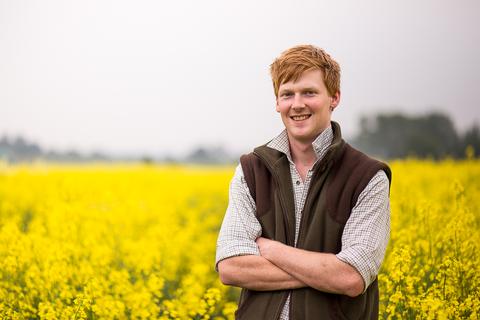 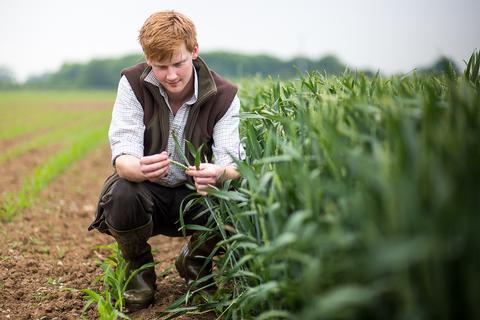 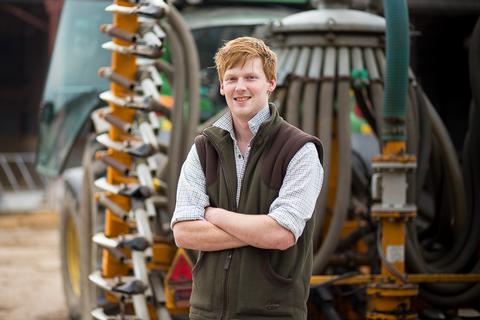 For someone who initially didn’t want to come to university, Joel Westaway has made a massive success of his time here. “If it wasn’t for Harper Adams I wouldn’t be where I am now.”

The 22-year-old not only has graduated with a foundation degree in Agriculture with Mechanisation, but an impressive CV, good friends ... and a job he loves.

And yet he almost decided to give higher education a miss.

“I didn’t originally want to come to university, I just wanted to work, and I didn’t think I would be able to go to university because I only did AS levels and got poor results (partly due to being on the farm more than at school!) My boss’s son had come to Harper Adams and then my best friend from school started here too. After visiting several times I liked the feel of the place and then my mother encouraged me to apply for the Extended Foundation Degree.”

Accepted onto the course immediately, it was soon obvious that he had made the right choice - the EFD programme is a great choice for students who don’t have traditional A-levels or for mature students without formal qualifications, and incorporates a ‘Year 0’ to ease them into higher education.

But the best part of the course for Joel, who was brought up in East Yorkshire, was without doubt the placement year, not least because it helped him to secure a graduate job. He made such an impression upon his placement employer, Huw Jones, that he was offered a full time job after completing his final year. Bryn Farm, in Cardigan, West Wales, is a 270-acre mixed farm growing wheat, barley and oats, with a small herd of around 50 Saler cows. And, as Joel explains, he was fully involved from day one.

“My job was very varied. The cereals are processed into feed (rolled barley, poultry corn and straight feeding stuffs) and the straw from the barley is chopped and dust extracted and packed into plastic bags for pet bedding. The farm grows a lot of grass which is cut for silage for the cows or for hay, which is also processed into pet bedding/feed. All the pet products are sold directly to pet shops around Wales.

“My role involved managing the processing of the feed and pet bedding, as well as all the general duties on the farm, working with my boss, Huw. I don’t think there was any job on that farm that I didn’t do! Due to my passion for mechanics and engineering I spent a lot of time in the farm workshop maintaining and repairing the farm machinery as well as spending time on several projects including the design and fabrication of cultivation equipment and modifying a grain trailer by designing and fabricating a hydraulic tailgate.

“I would always be consulted when it came to decision making on the farm, and I would frequently have to make my own decisions. I always felt like a valued part of the family run team and not just like ‘the student’.”

And what was the best thing about his work placement experience?

“Everything... the job, the people, the farm. The views and fantastic surrounding area, the social activities and young farmers, friends I’ve made, and the opportunity to return to a full time job.”

Having completed his foundation degree Joel has returned to Bryn Farm full-time which is, he adds:

“Just spot on! My job is varied which is what I like. I enjoy going to work to the point where I don’t actually feel like I’m working, just doing what I enjoy, if you understand what I mean! I’d advise anyone to make sure you enjoy what you are doing, because then you will want to do the job to the best of your ability. Put in as much as you can and you will get it back again. And remember, networking (talking!) is important - go to as many events as you can to build up your contacts. The more contacts you have, the more invaluable knowledge and support you have access to.”

He also advises that “Having the Harper Adams name on your CV immediately makes you more employable in my eyes. When speaking to anybody in the UK agriculture/land-based industry as soon as you mention ‘Harper Adams’ they know about the place.”

Talking of CVs Joel - who was also on the Students’ Union - made sure that his time at university gave him more than just a degree:

“I also have a great mark from the placement year, a fantastic reference from my employer and a second place in the NatWest placement awards 2013 - this is invaluable to a great CV.”

Huw Jones writes a regular blog on life at Huw Bryn farm. You can check it out here: www.huwbryn.com/blog