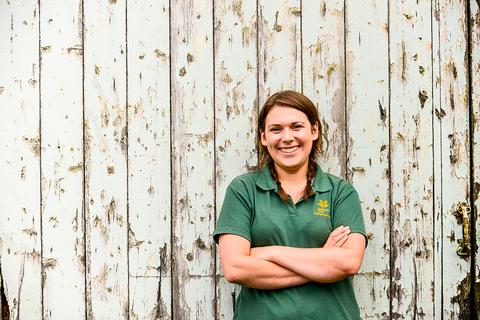 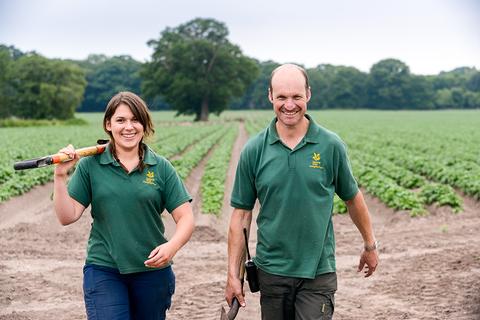 On placement… The National Trust

Elizabeth Ward spent the third year of her degree on placement at the National Trust’s Attingham Park.

Placement gives students the opportunity to work in a job that reflects their interests and career aspirations. The skills and attributes developed during the year-long placement period are invaluable in students’ studies during their final year and give them an advantage over other graduates when seeking future employment.

Undertaking her placement at the National Trust’s 18th century Attingham Park has confirmed for Elizabeth Ward she is on the right career path. The elegant 18th century mansion and deer park was the ideal work placement for the 21-year-old who is studying a BSc (Hons) in Countryside Management and will graduate in 2014.

Elizabeth, from Staffordshire, says her time working as a long-term volunteer warden at the park near Shrewsbury, Shropshire, had given her invaluable hands on experience.

“It means you come out of university with a year of valid experience. It also gives you a chance to gain references and meet potential future employers. It confirmed that this is the industry I want to be involved with. I now plan to go into a warden/ranger role similar to what I have been doing this year. It has given me a good basis of knowledge to carry into future jobs.”

Working with large groups of volunteers undertaking hedge laying, fencing and pest control was a key part of Elizabeth’s role on placement. She was also expected to help feed and manage the deer on site.

“We have had Harper Adams students for the past eight years and we normally have two students sometimes three. We have Harper Adams students not just as an extra pair of hands but to be able to give the next generation a chance and to give something back to the countryside sector. Sometimes the students bring in youth and new ways of thinking and from Harper Adams they have that thing called reliability.

“Their role is made clear from the start when we interview. They are treated as a paid member of staff would be and sometimes given the same responsibilities such as making decisions, looking after groups and leading regular volunteer groups.

As well as being trained to use various pieces of equipment and going on some courses, the students get invaluable workplace and life skills away from university life, which I feel is vitally important.”

Elizabeth says the placement year greatly influenced her decision to study at the university and gave her more confidence in how much she would learn and her overall employability as a graduate.

“Although the job market is limited in all industries at the moment, I think that having a degree from Harper Adams can be an advantage when applying for jobs. Having experience such as placement helps. It makes you more employable and gives you more to talk about in an interview.”

More from Elizabeth on Harper Adams

What attracted you to Harper Adams?

I came to an open day and just felt like I fitted in.

Why did you choose your course?

I wasn’t sure what I wanted to do, but this course seemed to include many of the things I enjoy. It has given me a chance to enjoy myself and learn, and I’ve met great friends.

What have been your highlights so far?

Freshers’ week, the summer balls, and the field trip to Slapton Ley in the first year.

Do you think it is beneficial to get a formal qualification, rather than going straight to work after school/sixth form?

It is a requirement for the kind of job I hope to get in the future. Degrees are expected for a surprising amount of jobs in the current market.

Did the fact that Harper Adams offers a placement year influence your decision to study here?

What did you do on placement?

The day to day tasks varied a lot, but working with large groups of volunteers was a key part of the role. Activities included things such as fencing, hedge laying and pest control. Also helping to feed and manage the deer.

I really enjoyed myself, was even better than I expected. The wide range of different activities and people appealed to me. Also the lovely setting, as the estate is quite large with a deer park. I found the people I worked with easy to get on with and supportive.

Did it build your confidence or help you develop any other skills?

I gained my chainsaw CS30 qualification, and developed my people skills. I’m planning to base my dissertation on the Attingham Estate.